It was in November 2015 during a concert in the Café Noot in Hoogland, when our chairman, Herman van de Ven, was alerted to a couple by our bass player. A little while later he was busy talking with Fons and Anne Cornelissen. During that conversation it became clear that they found the NMBB a nice band. Soon, the question arose as to whether we were interested in an exchange with a French orchestra. That conversation was continued later and (Herman had become quite enthusiastic now) passed the idea on to all the band members.
Fons plays guitar in the Agde Swing Orchestra (ASO). The board had asked him if he could try to contact a Dutch orchestra that might be interested in an exchange. When Fons and Anne returned to the Netherlands for work and family and after searching and calling a lot he learned about our gig in Café de Noot.
After intensive mail exchanges and various telephone conversations, Herman went to Agde in May 2016. He was invited by the chairman of the ASO, Hervé Equin, to meet and attend a concert of the orchestra. That invitation was, of course, warmly accepted.
Herman really enjoyed the French hospitality in Agde. He had never experienced such a thing. What a really nice people, great food and drinks in a enchanting setting. As a highlight, he was asked to play trombone during their concert. Fortunately, he was prepared, because he had his mouthpiece and he could use the trombone of conductor Hervé Fünfstück.
It was a beautiful concert - according to Herman not necessarily because of his contribution. He found it a nice orchestra to watch and listen; although a different genre than the NMBB, yet a high level of entertainment. After the concert followed a reception with delicious wines from the cellar of a local wine farmer. During the return journey to the Netherlands, Herman felt it was his assignment to put things into practice and to engage the band in an exciting trip to Agde in July 2017. We are expected to be there around the French National Holiday Day on 14 July. At least two gigs are planned, on 14 and 16 July in the Jardin de Saint Adrien. A third performance on July 15 in the city of Agde itself is still being worked out.
Meanwhile, July is coming soon and all band members know how go to Agde. Some of them go by plane and another part goes with a rented van, in which also the instruments, amplifiers, etc. can be transported. A single band member has linked his family vacation to this adventure. We are very pleased that our singer, Heleen van Water, could also come along. Unfortunately, four musicians were unable to join but we found substitutes to replace them. The cost of this trip will in principle be entirely borne by each band members selves. Overhead costs will be reversed jointly by the members. Most musicians will stay at host families. At the moment, the details of lodging, timetables and roadmap are being worked hard.
Without starting a crowdfunding right away, it would be a good idea if anyone who cares for the NMBB could make a small contribution to our costs. This can be done by depositing IBAN: NL12 INGB 0006 1886 95 in the name of the New Manhattan Big Band, mentioning: Support NMBB Agde trip. 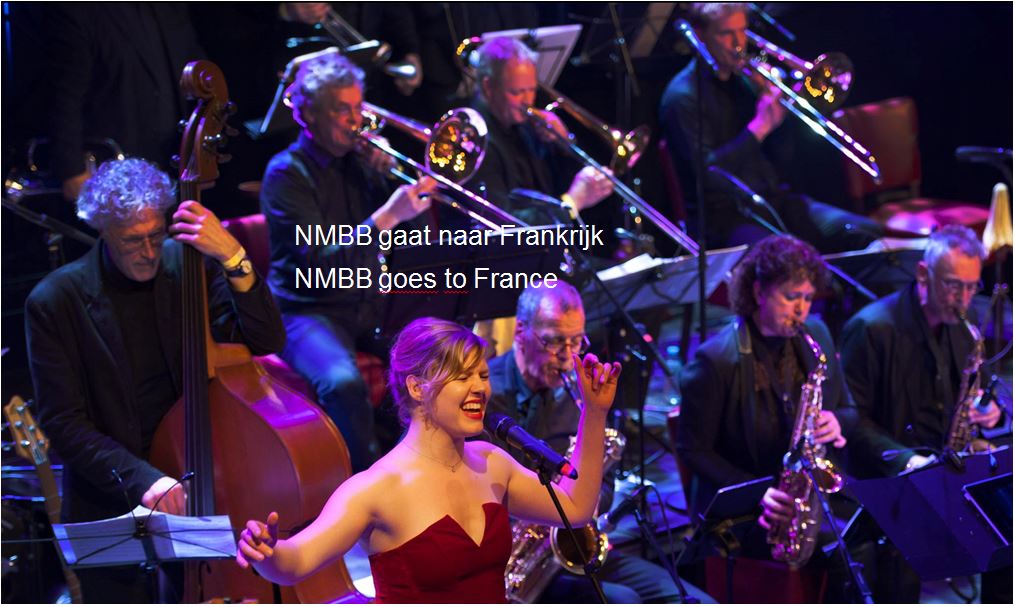